The year was 1988.  I was 20 years old, working and living in a city about 30 miles from my home town of Liverpool.  It was Christmas Eve and I was ill, in bed, feeling awful.

My flatmate had gone away so I was 'home alone' and I knew straight away this was no regular virus, I could barely lift my head up.

In a phone call, my parents decided to come and pick me up and bring me home to Liverpool where I could rest, be looked after over the holiday season.

This was the beginning of my health crisis.

I never went back.

The flu hung around. I just could not shake off the intense fatigue, the joint pain, muscle pain, the headaches and the brain ache.

Everything seemed such a huge effort and I really didn't know what to do.

At that point, there wasn't anything I could do.

New Year came and went.  It was 1989 when visiting my Doctor, again, still feeling exhausted, he suggested that I may have a glandular virus, or even glandular fever. I was sent for tests but nothing returned positive. Now, I know this to be quite usual. Test results for glandular fever often come back negative.

But by the time February appeared, I had been home, ill for 2 months.

Where did that time go? I had hardly emerged from bed. I was ʻout of itʼ but managed to see the Consultant that my doctor had suggested. This consultant diagnosed Post Viral Fatigue Syndrome, but he also gingerly mentioned that it could also be M.E.

What the heck was that?

That’s when this health crisis really began to sink in.

I had to find out information about M.E (Myalgic Encephalomyelitis.)

It was beginning to sink in.

I found a charity called ʻAction for M.Eʼ and they really made a difference, providing me with so much information, this was before websites so it was all sent to me in the post. I had to dive in as best as I could, considering all the symptoms I had.

I just knew I had to try to take control of this health problem.

I was nearly 21 and I just knew, deep within me that I had to do my upmost to try to heal myself. I wasnʼt going to take anything that would freak my body system out any further. I just knew this. Inside. From a very deep part of me.

I knew I had to become my own Private Investigator.

I had to heal myself.

Donʼt ask me where this came from, but the 21-year-old me just knew instinctively and intuitively that only she could find her way out of this.

I spent the next 9 years doing just that.

My progress was very, very slow in the first 5 years, I was still living at home, not able to work and my health got much worse before it began to turn a corner. Yet I knew I had to continue to find my way through it. My days were spent in bed, not able to move, sleeping, holding the paw of my lovely healing dog Benjie. in those early days, I couldnʼ't do anything. My progress was very slow. It seemed to be a long drawn out process. The amount of therapies and treatments that I tried during these years was long.

My story is a long story.

With everything I was doing, by the age of 24 I was beginning to see small results. I was able to study two afternoons a week and train to be a counsellor. I slept the remainder of the week as this really took it out of me.

At 26 I applied to study an honours degree in Health at Liverpool John Moores University. I could just about cope with the 3 days in lectures and all the extra work. After graduating I then secured a Lecturing position at a Further Education College for aged 16-70 students and I also was now teaching extra hours at the University I had just left.

The healing I was committed to, was responding.

Around the age of 24, I started dating a man who had a similar health problem to M.E – he was severely affected by chemicals and food, his symptoms masked by extreme fatigue and muscle pain. We had met through our ill health and this seemed a perfect connection. We got married when I was 28 a year before I graduated, when I was 29.

29 was the point where my health restored itself.

My life went through many other transitions as I reached 34 and I separated and divorced (thatʼs another story) We drifted apart. Our ill health brought us together when maybe we would never have connected. During this time on my own, I moved 4 times with my beloved Jack Russell Lucy and split between being employed and working for the University of Liverpool as well as establishing my own healing practice as a writer, artist, counsellor, coach, reiki healer, teacher and workshop creator.

I took knocks and hits. Yet my health equilibrium wobbled many times but I knew what I had to do.

At 37 I magically manifested my spiritual Cornishman and we set up our life together. Now aged 49, I focus my healing art, coaching and reiki on individuals and animals who need me. I share my suggestions and practices for healing people back to health. I restored my health. Sounds a tad twee. Itʼs true though.

Recently, I was listening to an interview with Shirley Conran ex wife of Sir Terence Conran, mother of Jasper. She was talking about her own ill health with M.E, how she had been so ill, coping with the day-to-day M.E symptoms. She said “I have never ever met anyone who has got well. Anyone who has M.E will always have it – theyʼll either be in Remission or Recuperating.”

“You haven’t met me then!” I shouted at the radio.

It dawned on me, there and then, that people who have been ill with M.E and recover, reenter their life with gusto, they often donʼt look back to share their story. They have spent too much time suffering with such challenging symptoms and now they want to embrace the life they have. They have to play catch up.

That is what I did.

Yet, over time, I realised that my healing story needs to be shared for others to read.
This is dedicated to all of you.
Wherever you're at right now. 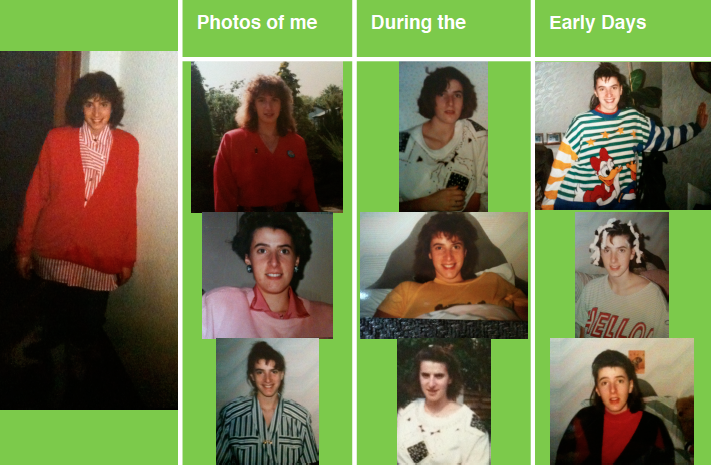 this story is for everyone who ever feels like giving up